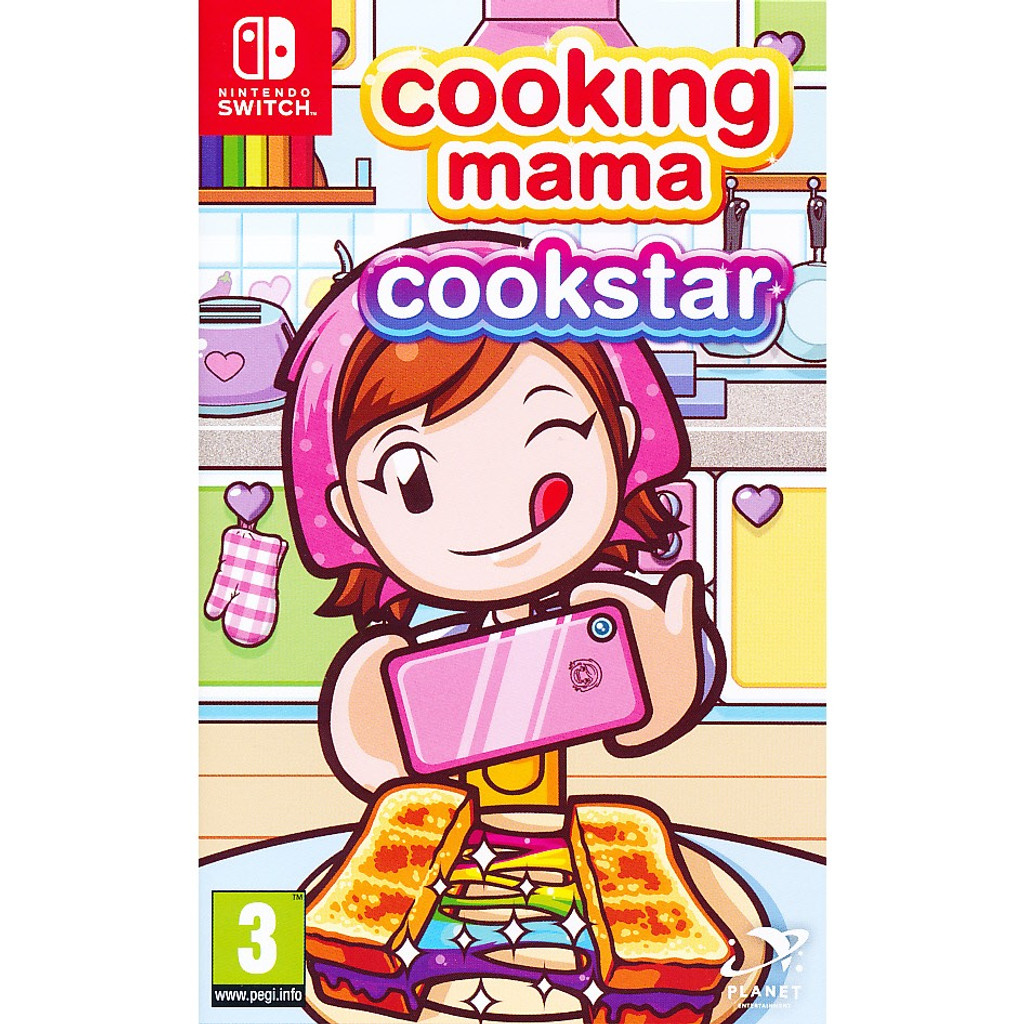 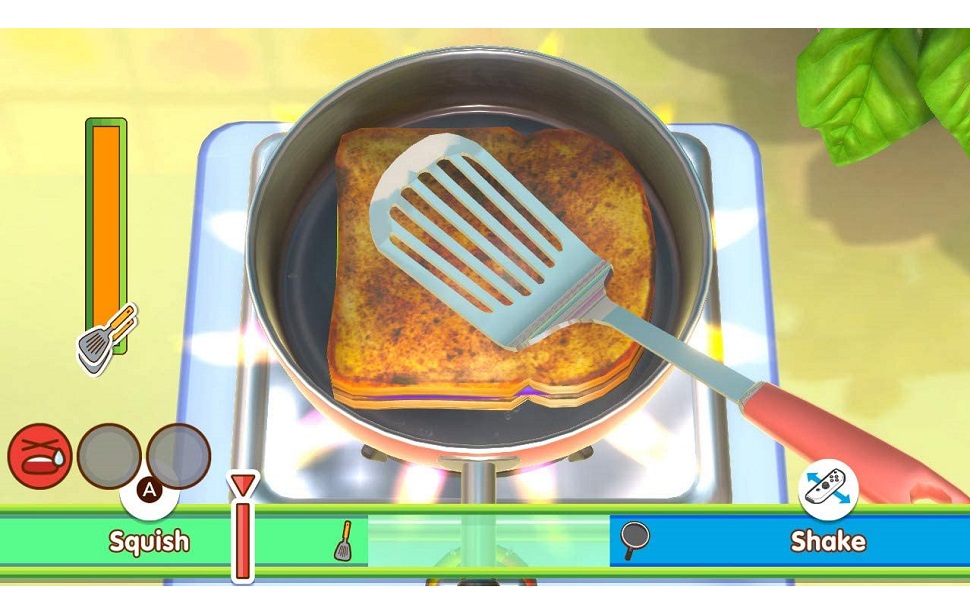 It’s been rather fascinating to follow the slowly unfolding trainwreck of Cooking Mama: Cookstar over the past week or so. What began as an innocuous and unassuming new release in a beloved series has quickly grabbed headlines after its mysterious and sudden disappearance from storefronts.

In an ideal world, this could make Cooking Mama: Cookstar the definitive ‘hidden gem’ release on the Switch; an enjoyable party game that a few will ever get to experience for themselves. Unfortunately, the reality is far less rosy. Cooking Mama: Cookstar is not a good game, and it’s clear why some of the developers wanted more time to polish it up further. 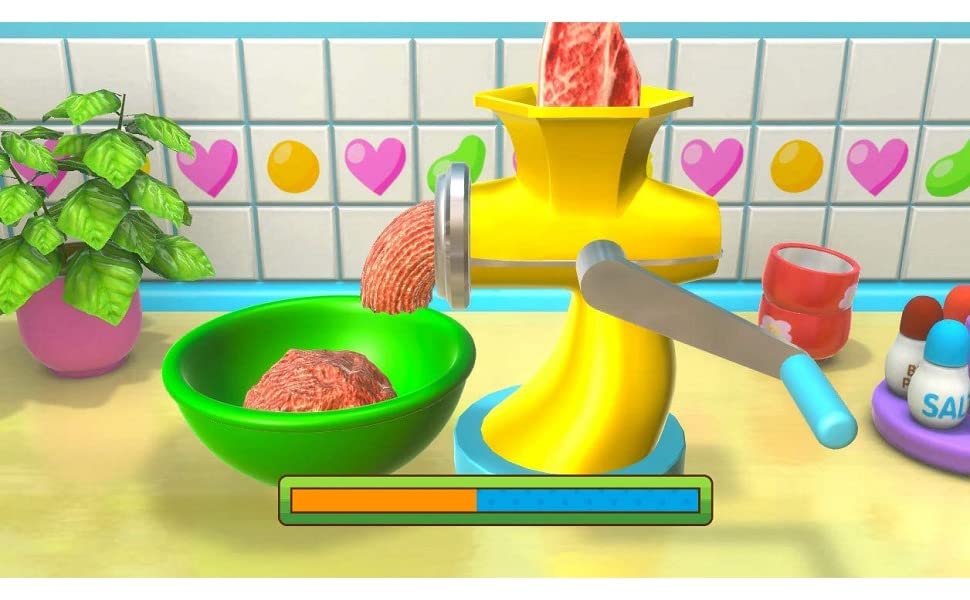 The gameplay of Cooking Mama: Cookstar is essentially the same as its always been with this series, wherein you have the eponymous Mama guiding you through the many steps involved in making dozens of dishes ranging from ice cream rolls to chili con carne. Each step in a dish is treated as its own timed mini-challenge, and you’re given a rating out of three stars based on the quality of your performance for that particular task. For example, you may have to crack eggs for a step, and the challenge is to get the required number of eggs cracked in the somewhat tight time limit without splattering them on your face. Conceptually, this multi-step process is a reasonably sound way to have players ‘cook’ all sorts of dishes while still making the whole process engaging.

The implementation of these challenges, however, proves to be less than satisfying. Each challenge only takes a few seconds to accomplish and the ‘gameplay’ boils down to either executing an easy quick time event or doing a repetitive motion with the sticks or motion controls. That’s it; there’s literally nothing else to see here. To say that Cooking Mama: Cookstar is an ‘easy’ game is overstating it; this gameplay is so stripped back and simplistic that it’s mindless. Worse yet, it only takes about ten minutes before you’ve seen all the possible tasks you’ll be asked to perform – from that point on, you’ll just be doing the same things over again ad nauseum on different recipes. Sure, there’s something mildly interesting in seeing the kinds of dishes come together, but it’s hardly worth the vapid journey to get there. 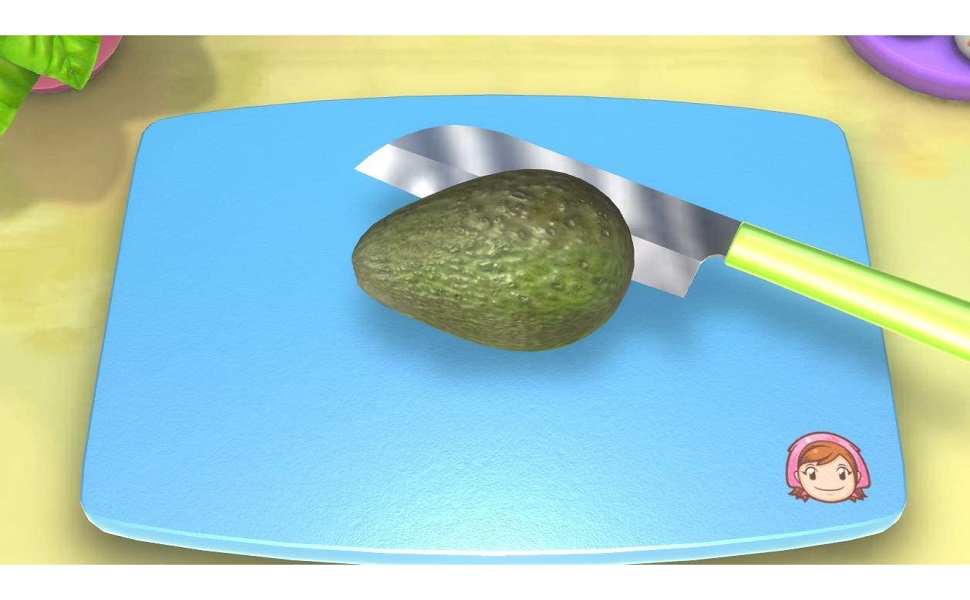 Playing Cooking Mama: Cookstar in handheld mode just sees you using the sticks to handle most of the motions, but if you’re playing in docked mode, you’ll be using motion controls instead via a single Joy-Con. Cookstar when it’s anybody’s guess whether even your on-rhythm movements will make a difference. It makes the game feel less about player skill and timing and more about random chance deciding whether you’ll get three stars or not.

Those of you who happen to have a friend on hand who’s up for playing can opt to play in either co-op or challenges in a separate mode made just for multiplayer, but again, there’s not much to see here. A handful of challenges are on offer for either co-op or competitive play, and there isn’t any depth or meaningful incentive to play these more than once. Seeing who can spin their Joy-Con faster, for example, is just sort of a zero-sum game that runs out of gas quick, the kind of thing that you do when you’ve truly exhausted all other options for entertainment. And the issues with motion control are still just as prevalent with two players, removing any possible semblance of competition or comradery from the experience. 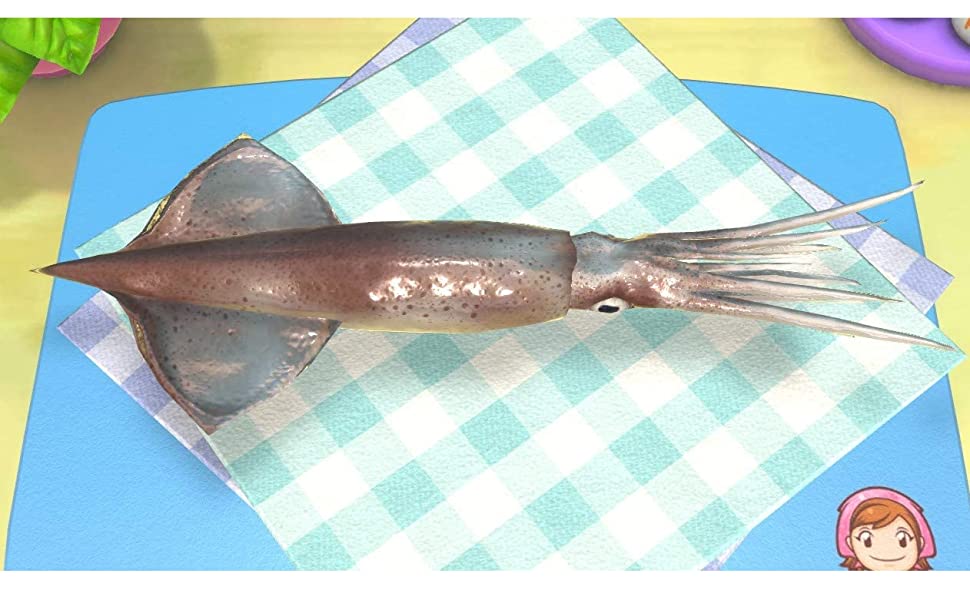 To Cooking Mama: Cookstar’s credit, there is a reasonable amount of content on offer. If you can somehow look past the technical problems and lackluster gameplay, there are dozens of dishes to explore. Successfully getting at least a two star ranking on a dish will lead to you unlocking the “Cookstar” version of that dish, in which you can do it again without on-screen prompts telling you what to do. And completing each dish will unlock a new cosmetic change for Mama’s clothes or the tools you use to cook, offering a little bit of visual variety to proceedings. Cooking Mama: Cookstar still isn’t a very replayable title in the end, but at least for a few hours there’s a steady stream of newly unlocked dishes and cosmetics to enjoy.

That’s just about the only positive thing to say here, as on the presentation side of things, Cooking Mama: Cookstar manages to further disappoint. Though there are some interesting physics effects with things like chopped onions sliding off a board and into a bowl, the 3D models for the food and tools look like they were pulled straight out of a game from the sixth generation of consoles. Bland textures and blocky models are the norm here, and considering the already lightweight nature of Cooking Mama: Cookstar, it’s quite disappointing that not even the food looks all that good. Then, of course, there’s the voice acting. Mama regularly encourages and coaches you through each dish, but her voice sounds like a Japanese woman with a loose grasp of English reading lines off a script in a disinterested tone. It’s unintentionally humorous how awful this voice acting is, making it entertaining for all the wrong reasons.